1.48 million teu’s of container vessels capacity are recorded to be “idle” representing more than 300 container ships being anchored around the globe today. This capacity is the equivalent of 7.4% of the worldwide available fleet.

According to the latest review of Alphaliner the laid-up capacity remains at an alarmingly level and the demand of the industry is not suggesting any pickup in demand. 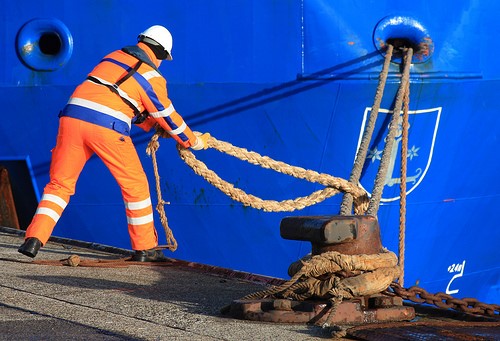 The vessels presently anchored idle include 91 ships between 3.000 to 5.099 teu’s whereas 99 ships vary between 5.100 and more teu. Ship-owners are considering scrapping the rather younger tonnage with capacities below 3.000 teu.

This year, the largest container vessel ever the MS DS Kingdom with 6.479 teu’s was sold for demolition. The vessel has been idle since last November. It’s four sister vessels, all built 2011 only, are idle between four to nine months as a result of of the over-Panama tonnage available.

10 more Panamax ships of 3,300 TEUs to 4,800 TEUs have already been scrapped since early this year and it si expected the situation for this type of vessels will critical until to the opening of the new Panama Canal locks in June.

With 130,000 TEUs already sold for demolition during Q1 of 2016, this year could be a record year for scrapping.