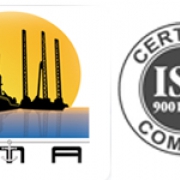 We are pleased to announce two key appointments that take affect from September 1st 2015.
Rolland Pofagi is appointed General Manager for OMA Togo. Rolland joins from his position as Operations Manager at OMA Benin, where he has worked since 2008.
Patrick Kossou, is promoted from his position as Operations Co-ordinator at OMA Benin to become Operations Manager. Patrick has also been with OMA for the last seven years.
We wish them both much success in their new roles.