Reshuffling of ships remains the only valuable option

Liner alliances in a quandary about what to do with largest capacity ships as cancelled port calls increase to deal with capacity glut.

Operators of the big box ships are re-reshuffling their assets around the world. About 11 very large vessels will be put into the Asia-to-Mediterranean trade lane by the 2M Alliance of Maersk and MSC later this month. There’s a further deployment of large vessels to the same trade lane due in April by THE Alliance, which includes Hapag-Lloyd, ONE and Yang Ming.

And the reason? Too much capacity and not enough containers.

“The simple reason for this move is that demand in Asia-North Europe is currently insufficiently strong enough to accommodate all of the new ULCVs (ultra-large container vessels). Carriers are looking at other trades where they can put them without doing too much damage,” Simon Heaney, senior manager of container research, at maritime consultancy Drewry, tells FreightWaves.

All the alliances have also implemented a period of blank sailings owing to low demand. Maersk, along with MSC, have also changed the rotations of their Asia-to-Europe services and have added six extra vessels to the fleet to enable a slowdown.

“The extra sailing time between ports will allow schedule recovery in case of congestion or unfavourable weather conditions. The slower speeds will also help cut the carriers’ fuel bills and reduce emissions,”

Heaney adds that Drewry thinks “more slow steaming will help to absorb some of the excess.” But it seems unlikely that any benefit created in the Asia-North Europe trade lane by redeploying vessels, slowing down and having blank sailings is going to last for very long at all 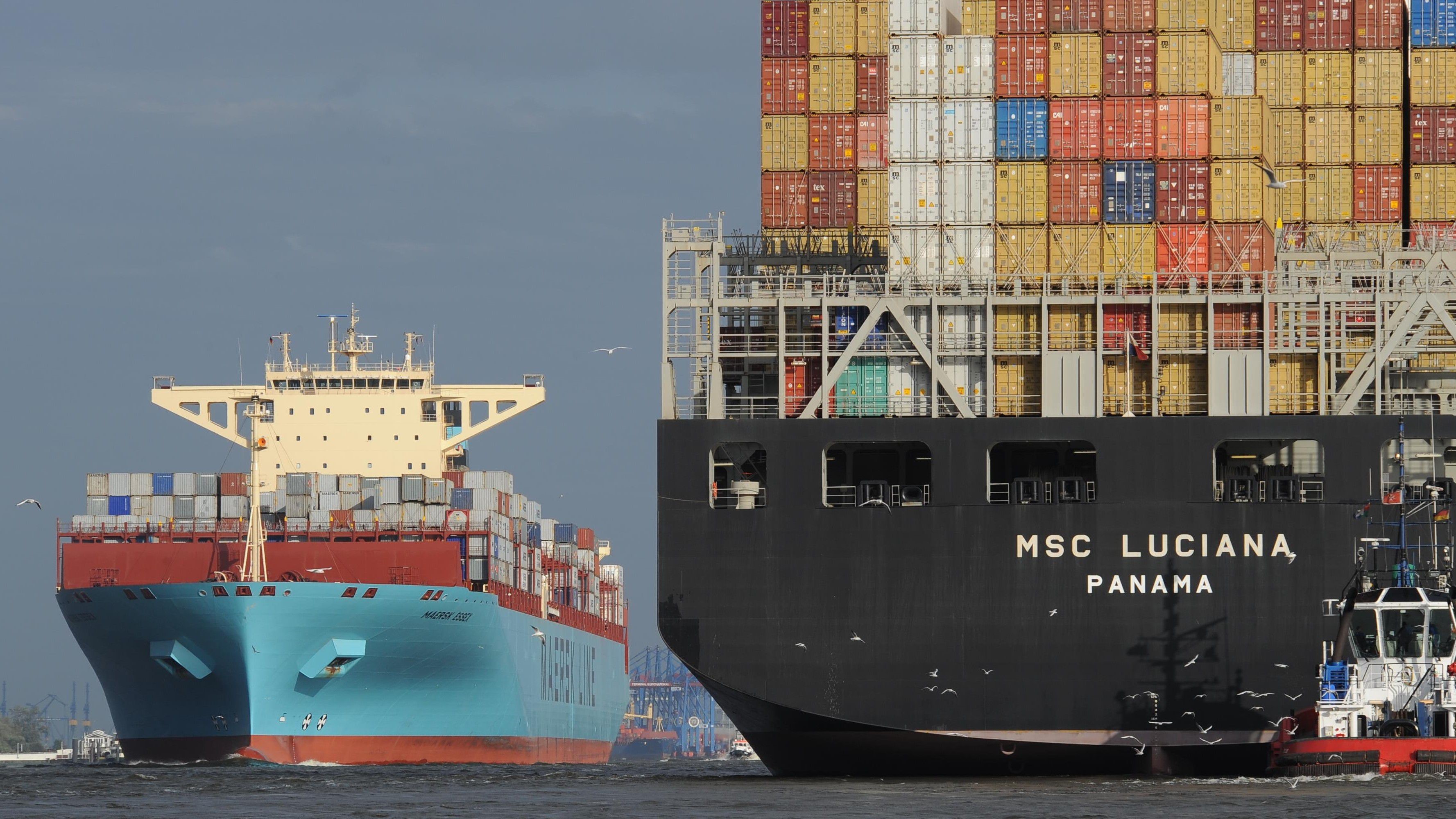 Overcapacity on the Asia-Europe trade

Container line research firm, Alphaliner, tells FreightWaves that the reduction in the Asia-North Europe capacity by 2M will “be more than compensated by the planned capacity increase by its rivals.”

It can be seen that there is an awful lot of capacity about to come on stream in the Asia-Europe trade in the near future. While the front-haul for shipping to the Mediterranean is $1,989 per forty-foot unit, rates for the backhaul of ultra-large container ships from Europe to Asia at $359 per forty-foot unit are well below operating costs for running these ships.

MSC has eight vessels of 23,000 twenty-foot equivalent unit (teu) on order that are due for delivery in the second half of 2019 and are likely destined for the Asia-North Europe route. Cosco Shipping has 12 vessels with a total capacity of 180,970 teu on order and which are due for delivery at the end of the year. They are due to be deployed in the Asia-North Europe route.

Taiwan-based Evergreen has ten ships on order, of which six are 20,388 teu capacity. Two of these 20,000-teu plus ships will be deployed on the Asia-North Europe service. Meanwhile, not to be outdone, back in September 2018, Hyundai Merchant Marine ordered twenty vessels of which 12 are 23,000 teu capacity. These vessels will be deployed in 2020 into the company’s Asia-North Europe service. 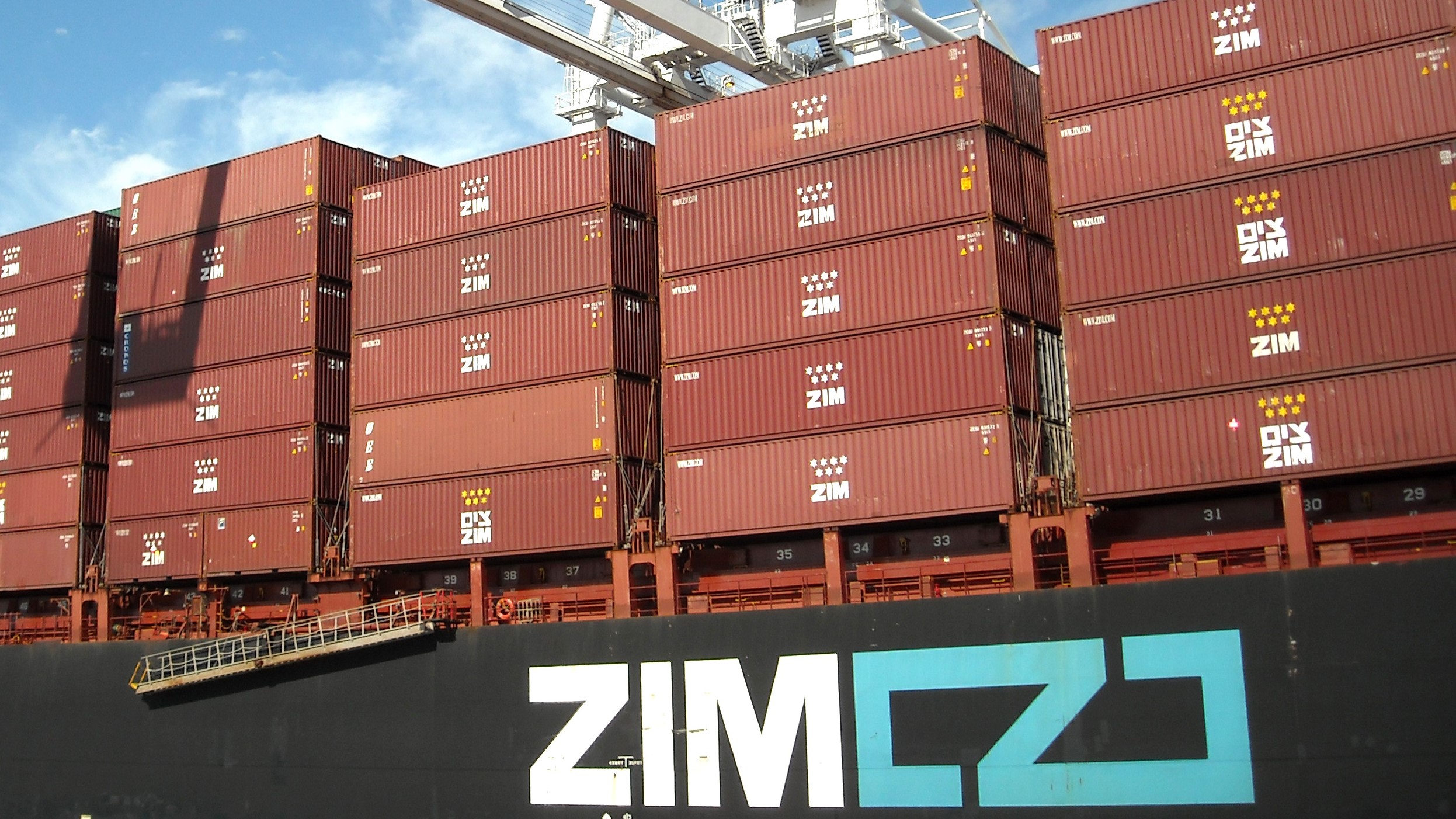 ZIM shutting down it’s own service

Turning to the Asia-Med service, Alphaliner indicates to FreightWaves that 2M’s redeployment of very large vessels into the trade lane won’t greatly increase capacity too much as it “will largely be absorbed by Zim, who will start to take slots on the 2M from the end of March as Zim shuts its own service.”

Zim announced to the world back in early Jan this year that it and 2M had entered into a second strategic co-operation agreement (the first was in July 2018 in respect of the Asia-US east coast trade).

According to Zim the new agreement will involve vessel sharing, slot exchange and purchase. It will cover two trades – Asia-East Med and Asia-Pacific North West. The new agreement is due to come into force this month (March 2019).

New built’s will result in cascading pressure on vessel capacities

Deploy huge capacity into trade lanes has a variety of consequences. As Drewry’s  Heaney explains, “these moves will add to the cascading pressure in the new trades and elsewhere as ships will have to be moved around. On the plus side, it will reduce the capacity influx on Asia-North Europe.” China-to-North Europe rates have stabilized at around $1,630 per forty foot unit.