An alarm was raised by Maersk’s CEO announcing a dramatic 84 percent plunge in its 2015 profits and a 15% drop in annual revenue.  AP Moller-Maersk, the world largest shipping company faced a painful drop in shipping rates and oil prices last year.

In its earnings report released Wednesday, the company — which announced 4,000 job cuts from its land-based staff of 23,000 in November — also reported a massive $2.5 billion loss in the fourth quarter of 2015 after it reduced the value of some of its oil assets by $2.6 billion. 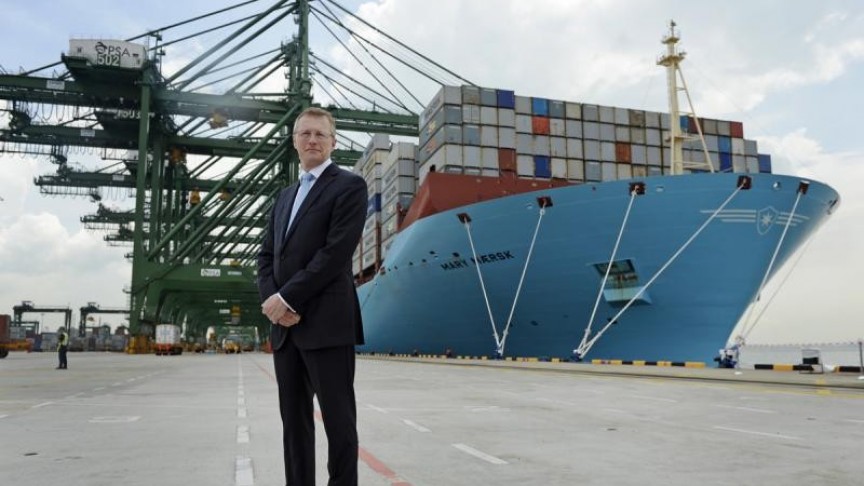 “It is worse than in 2008. The oil price is as low as its lowest point in 2008-2009 and has stayed there for a long time and doesn’t look like going up soon. “Freight rates are lower. The external conditions are much worse but we are better prepared”, said CEO Nils Anderson ”
“Given our expectation that the oil price will remain at a low level for a longer period, we have impaired the value of a number of Maersk Oil’s assets,” Maersk CEO Nils S. Andersen, said in a statement accompanying the report. “We will continue to strengthen the Group’s position through strong operational performance and growth investments.”

The company said its net income last year, including the writedown in the value of its oil assets, stood at $791 million, down from $5.02 billion in 2014.

“We are satisfied with the good operational performance across our businesses in 2015,” Andersen said, in the statement. “Despite the very challenging market conditions in our industries, all business units delivered positive underlying profits.”

However, Maersk also warned investors Wednesday that it expects its underlying net result in 2016 to be “significantly below” last year’s as it struggles with plummeting oil prices and low rates for container freight. In 2016, profits for the group’s container shipping unit Maersk Line are expected to be less than 2015’s $1.3 billion, while Maersk Oil will report a loss this year, the company said.

Following the release of the report, the Dutch conglomerate’s shares fell as much as 9.4 percent in early trade — the most since March 31 — before recovering slightly and trading down 2.6 percent. So far this year, the company’s shares have dropped over 12.5 percent.